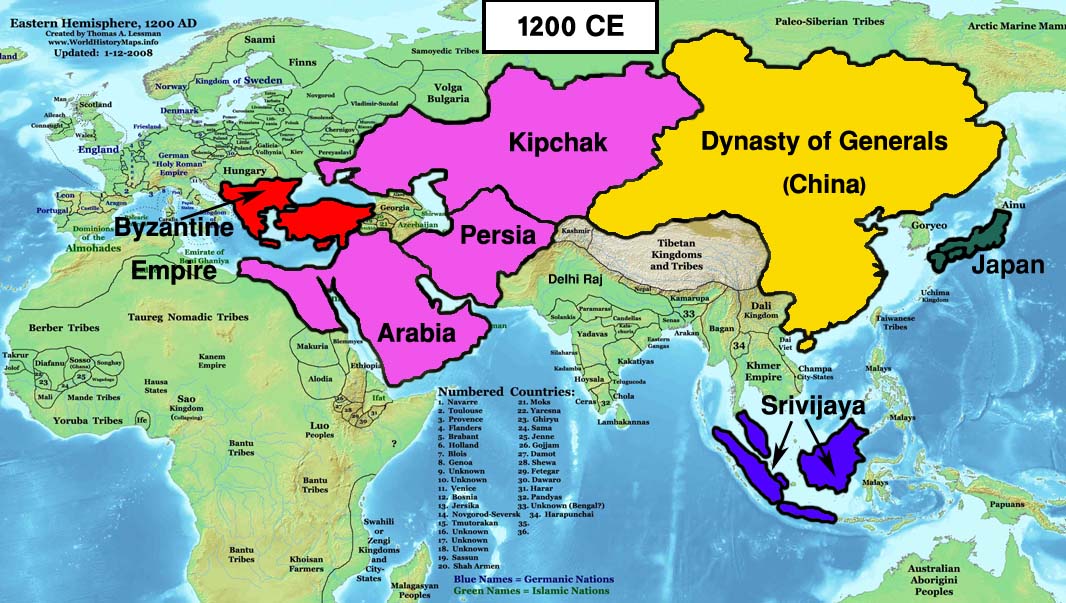 China has always been one of the strongest empires in the world. As the Chinese empire plays a very significant role in the ancient history, it was always based on the tributary system. In every single era, the emperor was a symbol of that particular ruling dynasty that he belonged to in the first place. In every period, one thing was quite evident. China wanted to mark its territory over other areas so that it can protect itself from becoming a beneficiary territory. The primary means by which China had connections all around the world was ‘trade’. It was because of the purpose of trade that almost neighboring country had good relations with China. The trade between different countries and China helped in developing more opportunities for China. The imperial system in China existed until 1912 after that it just ended under Qing dynasty. There were a number of similarities and difference between the Chinese, British and The French Empire. However, all these three empires were totally different in the way they dealt with everything in their dynasties? The primary subject of discussion is to highlight the ways in which Chinese empire was different from the British and the French.

The mandate of heaven:

Confucianism played a very significant role in the imperial unification of the Chinese empire. The ideology of Confucianism plays a very important role in defining the hierarchy levels of the superiors and the inferiors which were a part of the Chinese civilization. The ideology of the Confucianism introduced the concept of ‘Mandate of heaven’ this idea basically revolved around the modernism. The idea of the mandate of heaven had more to do with the French and the British Empire as compared to the Chinese empire. This was the first step which was taken during the Qing Empire. Although this whole idea of the Mandate of heaven was a concept which was brought forward by the foreigners however this did have a great impact on the Chinese empire. The Chinese ambassador Macartney gained a lot of practical experience during this time and it was quite easy for him as well to know how different the whole Chinese civilization was in comparison to the French and the British. When the Chinese empire adopted the culture of the mandate of heaven it did add an unreal uniqueness to the imperial unification of the Chinese. The imperial unification was something which both the French and the British lacked. The mandate of heaven was not only about one thing. It not only helped defeat the enemies but also helped in proving the incompetence of the government as well. The whole century was about revolutions and changes that none of these civilizations saw coming in the first place.

As far as Britain and France were concerned, they had their own strategies which had a competitive edge as far as the economic acquisition was concerned. What China lacked at that time was motivation to deal with the conquest at that time. There was a formality of an official document which was presented at that time, it showed the importance of legacy at that time and none of it cannot be denied as it was the highlight of this whole era. British and France had everything ruled out in a regular manner. At that time British India was governed by the direct and the indirect ruling of the emperors. The distances involved in these two significant detailed areas was undeniable. Due to the critical logistics, the qing was left with no choice except lure the manoglians closer to the china’s territory so that they can conquer them in the same territory(Clan D.B 2008). These logistics presented a clear picture at that time and it was quite similar to the French and the British. The comparison of the government shows that China’s concentration of force in one, albeit huge, geographical area. Compromises in governance in local contexts were preferred by Europeans over a China-style direct unification. However, such compromises always favored Europeans, such as the ‘doctrine of lapse’ used from the 1840s in British India to bring semi-autonomous princely states with no heir into the direct rule. The British doctrine was all about forcing their rules and regulations and the imperial power was not able to stay in front of these overruling parties. In the era of the Qing, there were a number of significant changes that were brought forward at that time. These socio-culture changes in China were quite revolutionary. In comparison to the French and the British, in the 1800s the French and the British were more focused on the ‘vision to civilize’. The one thing which was quite different between the Chinese empire and the French was the way they dealt with everything. The French had this hard and fast rule they believed in imposing their ideas and thoughts rather than implying them to see the results. This was an argument that never left the discussion because they planned to defeat the conquerors. The fact that the Qing system of tributary was not exactly based on western styles there was an imperial relationship between these styles. China had an emphasis on the cultural restorations. China was actually considered as an empire which had true cultural values and which not based on any theoretical or cultural concepts.

The concept of Confucian which was based on the imperialism was rather passive as compared to the European equivalent. From the mid-1800s to the early 1900s, it goes without saying here that the whole idea of free trade was particularly taken from the French and the British. It was a universal fact at that time which everyone seemed to believe that commerce played a very important role in all these civilizations. However, Qing China had no radical ideas of steps that were similar to the policies which were implemented In the French or British civilizations. At that time the demand to change the policies was a cry for help at that time. The Chinese civilization had no idea how these changes are going to be a hard work and it will bring a revolutionized era for everyone who was a part of that civilization. French and British had an independent system which was nothing like the Chinese empire and all they had had to offer to their people. They had aggressive ideologies and with this aggressive approach, the outcome was not healthy. The international markets in the china were forced to stay open to susceptible trade on an international level. China never welcomed the free trade, of course, it was always eager to make better communication grounds with the other countries however it always resisted the idea of free trade. They did not get any comparative advantages as compared to the French and the British empires. The qing’s market at that time was too stable for even their own economy and it showed their aggressive approach and how they were not able to manage the basic ideologies related to the French and the British. Confucian is basically the morality of the farmers and the artists that were placed China at that time. Unlike the French and even the Britain, this was this offered a large area for the workers to work in that particular rural area. A Confucian was a direction which helped the Chinese society at that time. In comparison to this, France and Britain were considered geographically stable as per the treatment and the ideology. China has done a great job in adapting to these changes as they did not want to let go of their traditional roots and culture. (French revolution)

As it has been already mentioned in this paper that the Chinese empire is nothing like the French and the British empires as they were based on the ideas of free trade and western outward cultures and China has always been too reluctant to accept these two ideologies in particular. I believe the west is more fond of the modern culture and they are more eager to accept the challenged that are brought forward as compared to China. However currently west is not successful in maintaining the success at a global level. This is a debatable topic, however, I strongly agree that if we look at the bigger picture the Chinese empire is nothing like the French and the British. The leader let alone were not in the favor of modernism and that is something which has a huge impact on the modern culture of the Chinese civilization. It felt as If one of those times where this is an amazing piece of debate where people try to relate these two totally opposite empires on the basis of the trade they might have shared. Free trade was never promoted in the china and west was all about free trade. Chinese empire worked in a completely different manner because they were too reluctant at that time and they did not want to let go of their cultural roots and holding on to them made everything look different for these civilizations which were being compared to the Chinese empire.