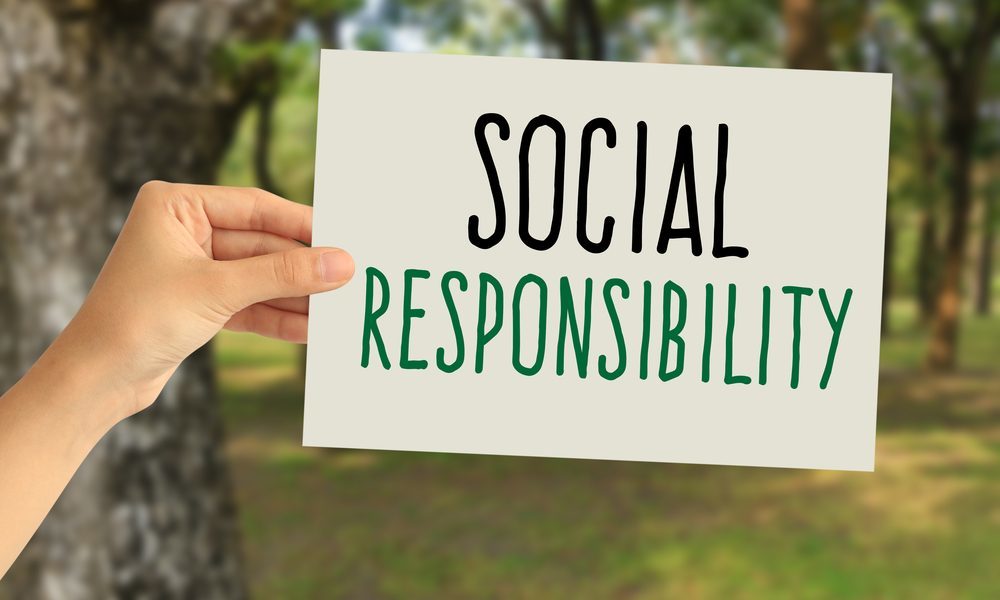 Every individual who is a part of society must assume certain role which acts as bridge between economy and eco system and all such can be termed as social responsibility. Social responsibility can also be considered in terms of equilibrium which individuals must have to keep between society and environment. Individuals may engage themselves in passive activities or alternatively in active acts and all such depends upon rules and regulations and norms that prevail in a particular society. Sense of bonding and concern for traditional aspects along with social institutions in this regard play an important role in diversified manner.

Question 1: Explore the ways in which Priestley presents social responsibility in “An Inspector Calls

As per Priestly we are members of one body and thus are responsible to each other and such aspect has been explained in the context of An Inspector Calls and such aspect clearly defines concept of social responsibility that is lying on all of us as a member of society. In his play Priestley has explained the fact that being a member of the society all of us has certain responsibility at individual and collective levels (Priestley, M. (2000). Revealing and connectivity of person to the death of Eva Smith have been presented as characters of play in diversified manner by Priestley. Apart from that Priestley has inculcated concept of socialism which envisages the fact that every person has social responsibility and actions of ours certainly affect others. In view of these aspects Priestley also considers the fact that revelations not only detract our basic life styles but also urge us to re evaluate our consciences associated with the society as part of it. As per Priestley being a member of the society every individual must have close interaction with others and also join hands so as to achieve collective and individual goals in accordance with pre defined aims and objectives.

Question 2: Explore what the characters represent in terms of social responsibility and views (socialism & capitalism)

Priestley has presented in a very well defined and thought provoking manner concept of social responsibility associated with individuals and impact of these upon others through defining characters in his play. Such aspect can also be interlinked with other concepts of socialism and capitalism which possess varied significance at global level. Under the concept of capitalism private individuals are in a position to enjoy means of production and such aspect prevails in most of the parts of the world and same has been testified by Priestley in his play. Many gigantic economies in the world are being operated under such concept and under such concept concern of corporate and individual entities always moves towards profit making instead of welfare of other members of society which is against the concept of social responsibility as has been explained by Priestley.

Contrary to that concept of socialism is closely related to welfare of other humans who are living side by side to each other and this is also depicted in characters of play propounded by Priestley. Under socialism means of production are owned by the state as compared to capitalism and such system also ensures fair and equitable distribution of resources and wealth among all members of the society. Under such system every one works for another and thereafter state decides how much reward must move towards members of the society. Most of the aspects and wheels on which economy runs are controlled by government and people are forced to pay higher rates of taxes and such aspect has been clearly explained in the play by Priestley. It is much unique feature of socialism that people are given equal distribution of wealth by state and thus they enjoy sense of fair treatment and justice which form basis of equitable and true relations on long term basis.

Question 3: Explore the change in the dynamic characters Sheila and Eric, as well as the lack of change in Mr. & Mrs. Birling. (Use of characterization to present social responsibility)

At the start of play Mrs. Birling was very much comfortable and contented with her life and all such was owing to her personality traits and apart from that she engaged during that time period but soon such happiness annihilated when he heard about the death of Eve and response of her family not only shattered her personality but also realized her that she was only cause of death of Eve since she believed the fact that she did not commit any harm to her and it was only owing to her own behavior that she was forced to do suicide. Later aspects revealed the fact that she was considering himself in isolation and responsible for such tragedy and as per inspector call she is very much sorrow at her behavior and in near future she has agreed not to do that in near future.

Question 4: Talk about Priestley’s message to the audience.

Priestley has used his play to convey his message of socialistic society and also used inspector call as his voice in terms of social responsibility and as per inspector we never live alone and must be interdependent to each other so that all must enjoy collective benefits in comprehensive manner. Under such play writer has urged whole of the society to move towards socialistic aspect since for long term success in world and hereafter it is inevitable and he has used characters in play to convey these things. Writer has also conveyed certain other message in terms of rewards and social classes prevailing across the corners of the world and justified the fact that societies have benefitted from collective efforts and also owing to social responsibility disseminated to each other and not by living in isolation just for the protection of western interests as happen in capitalistic economies and classes.

Question 5 Analyze the structure of the of the play and its significance, as well as the type of ending. (Unresolved/ plot twist and what effect it had)

Play has been structured in a very well defined manner and through characters and other information writer has disseminated a meaningful approach to all in terms of collective well being so that all must think for more productive and realistic rewards. We as human being must think for collective level instead of individual since in that manner at limited level we can gain benefits but not happy and prosperous life style and present a unified society to world.

Social responsibility is a wide concept and plays a significant role in the development of society on long lasting basis today we are living in era of challenges and uncertainty where one is interrelated to other and it is also inevitable from religious and social point of view as per Priestley and same has been explained in a very descriptive manner in the play by writer. In a nutshell all of us must follow concept of socialism as depicted by writer in the play which gives more and more benefits to society as compared to capitalism.