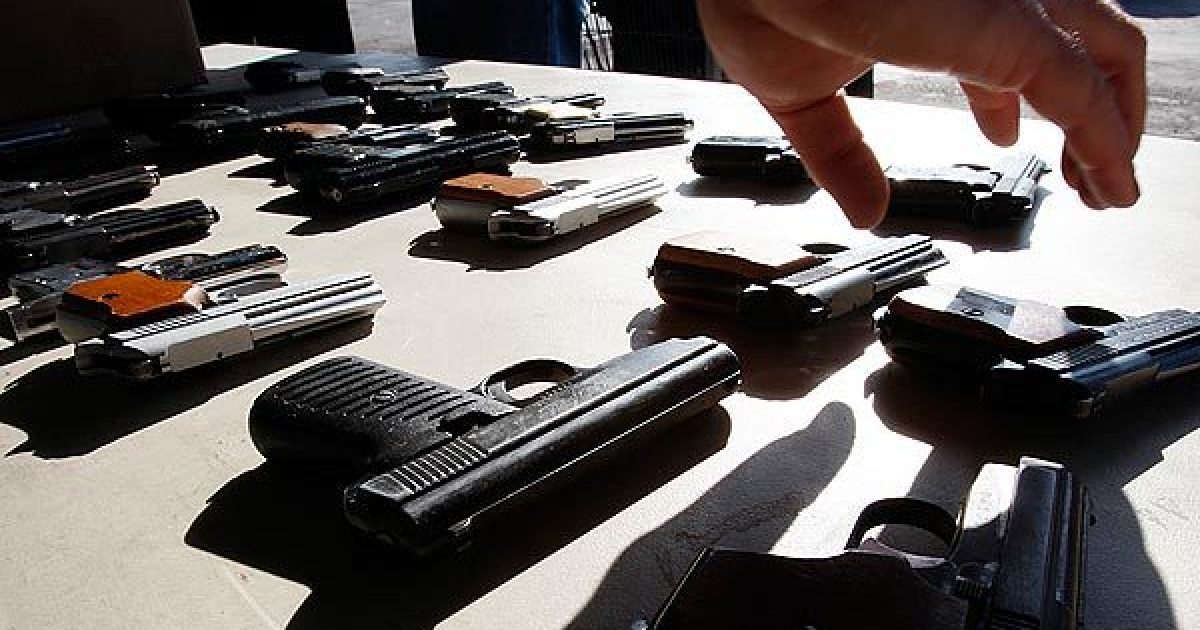 The paper aims to provide an analysis essay on the subject of gun control. To study it, the references will be taken from Gun Control written by James Wilson. James Wilson is a reputable, and well-known professor. As recently extracted from the Florida shooting incident, as well as the president’s viewpoint on gun control legislation that there is quite chaos surrounded by the issue of gun control laws. This essay aims to analyze that issue.

According to James Wilson, legal restraints have been placed on the lawful purchase of firearms, thus, yet it will have a zero effect on illegal gun ownership. Furthermore, the statistics evidently say that there are 200 million individuals that have gun ownership. And, on the other hand, one-third of the American population owns handguns. Also, the 2 percent of the population including the ones who commit a crime that is one of the people who lie under this one-third population. It would be politically impossible for these individuals that lead to confiscations related to the legally purchased guns. The issue is that the gun control laws lie around both the use of illegal purchase, as well as legal purchase. There is a one-sixth population that uses legally purchased handguns, and these are legally owned guns. (Wilcox, 24)

It will further lead to the stock of legally bought ammunition, as well as firearms that will eventually decrease the capacity of law-abiding people to defend their stance. A case like the Florida school shooting can be a case by this statement. In this case, the shooter owned a legally owned purchase of ammunition. Thus, he has the entire right to defend his case. Eventually, this also leads to a deep-rooted problem that overall gun control laws must be more efficient, and stricter in that sense. According to James Wilson, gun control advocates revolve around the importance of self-defense, and the legal purchase of guns related to that. According to Gary Kleck, the criminologist from the Florida State University who conducted a household survey that approximately every year guns are used for displaying, or firing purposes. Eventually, these are further defended that police and the law allowed the ammunition purchase.

My viewpoint lies around the facts stated by Emma Gonzalez that any person with an unsound mind, a minor or a drunkard person, or even a person with a mental health issue must not be provided a gun purchase legally. There is no way that a person with a mental health disorder can use, or even understand the importance of gun control. The number of violent crimes, as well as burglaries, will be further increased. Therefore, our goal as the citizen must not to disarm the law-abide citizens but rather understand their psyche. First of all, the number of guns handled unlawfully must be reduced, especially in the places like taverns or streets. Second, the gun control laws are highly significant as an incident like the Florida school shooting must not happen again. This was merely the lack of gun control law, as earlier stated, the shooter of unsound mind, as well as a mental health problem, owned a gun legally. This is a huge issue if it’s pondered upon properly.

Criminals themselves understand the fact that gun control advocates are less likely to burgle occupied home in America and eventually, the residents rarely have guns. Then, why a person with mental health issues goes to purchase ammunition legally? It is again a bitter fact and a deep-rooted problem in American society.

Some gun control advocates will even show agony against the criminals and their use of legal, or illegal purchase of guns. However, they will still defend and rejoin the argument of self-defense, and self-injury. The handgun owners are most likely to shoot themselves, or their loved ones as compared to the statistics studied the issue of crime. I believe that when a person finds difficulty in their life, it’s easier for them to shoot themselves, or their surrounding to retract their frustration of being unable to control themselves. The handgun owners have an added benefit, according to their personal beliefs, that a handgun could be used for their inability to control their environment. Most of the gun accidents also involve shotguns, as well as rifles as relative to handguns. The rate of fatal gun accidents is somehow declining, and the price of handguns is increasing. Only 2 percent of gun accidents are done by the victim in the sense of mistake. The people who ignore these facts are also the ones that severely restrict themselves on understand the sale of guns. They usually state that the adaptation of gun control laws is politically absurd, which I agree with and hence, the criminal assault will keep increasing whether the guns are purchased legally or illegally.

Opponents of gun control, on the other hand, make a different mistake in understanding the problem. Such as, the National Rifle Association believes that guns don’t kill people. Thus people kill people. And, therefore they are shifting their responsibility for managing and monitoring the ammunition purchase and eventually blame it on the mental illness. The president himself is putting forward similar kind of statements. Moreover, the government finally punishes the severe people for their use of guns, and the commit of crimes. But, they forget to understand the reason weapons are created, and how the lack of gun control laws is lacking and eventually leading to the purchase of guns legally and illegally. (Wilson, 14)

The government has always been an expert in shifting their responsibilities on abstract concepts like the purchase of ammunition has nothing to do with the gun control laws but rather the mental illnesses. I disagree with this stance as depicted by the government.

The attack on the Marjory Stoneman Douglas High School is the sixth incident of the year yet there are no severe implementations against the elimination of the issue. Last year, around 58 people died in the Las Vegas concert which was considered the worst mass shooting in the US. The gun ownership, gun control laws are still not being led to an initiative of the stricter control on the matter. According to the evidence, 40% of Americans own a gun or lives in a household that has a gun purchase as said in a 2017 survey. The rate of murder and manslaughter is the highest from the use of a firearm, and yet there are no strong gun control initiatives led by the government. From this incident, I put forward a personal urge to study the issue and take action. Moreover, there are 11,000 deaths caused in 2016 due to the involvement of firearms in murder and manslaughter. And the statistics show that its high time that the government starts taking this matter seriously. (Wilson, 10)