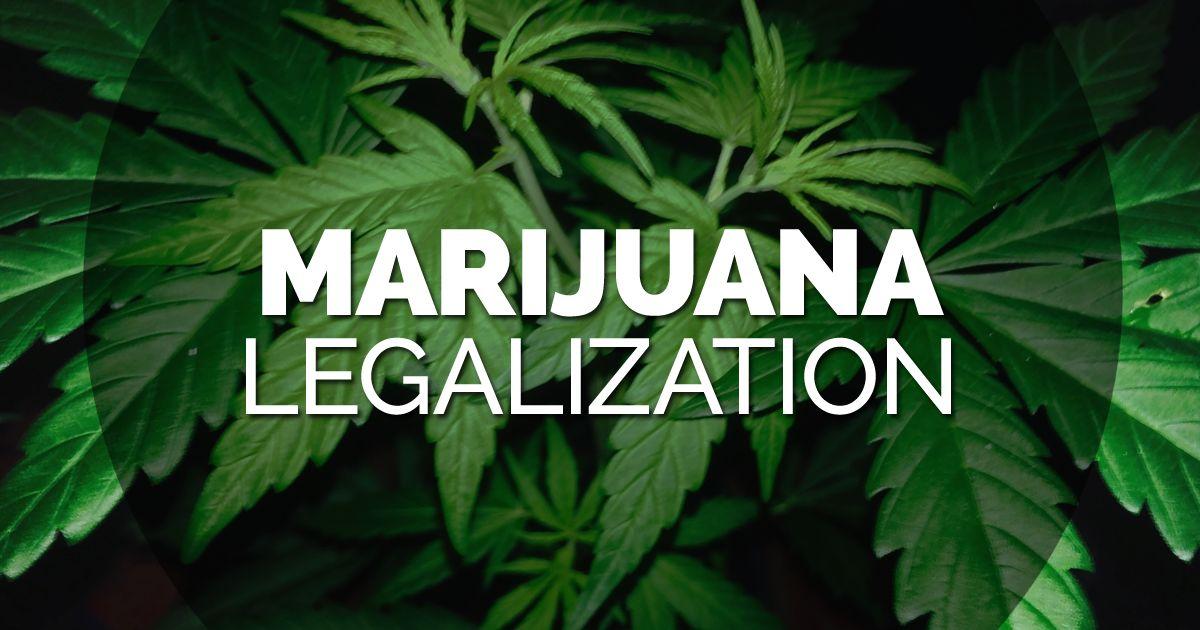 In a number of US states, along with presidential elections, another important issue was resolved: the possibility of legalizing marijuana. Apparently, the process of legalization of the use of light drugs in the US and in other countries of the world will continue. Under the relevant decisions, there are already results of medical research. The opinions of American specialists differ on this issue. Legalization of marijuana in some US states leads to increased sales of fast food chains: cannabis use increases appetite, and many consumers rush to fast-food establishments, the Green Market Report and Consumer Research Around Cannabis showed (Cerdá pp. 22–27). The study authors studied the habits and frequency of visits to such restaurants in several states, including Colorado, Nevada, Oregon, and California, users of legal marijuana, and other population groups. According to their data, 43% of people who visited legalized marijuana sales points at McDonald’s restaurants, 18% at Taco Bell, and 17.8% at Wendy’s. Americans who did not use cannabis during the same period were much less likely to resort to fast food. The growth in attendance was also recorded for American networks Burger King, KFC, Jack in the Box, and Carl’s Jr. The population in the studied states is 55 million people, of which 4.7 million (8.5%) use the services of legal marijuana sales points.

The referendum on the legalization of marijuana was held simultaneously with the election of the US president in nine states of that country. According to Time, in Massachusetts and California, residents approved the use of the drug for recreational purposes by citizens over the age of 21. Results in the states of Arizona, Maine and Nevada will be known later. Also in Arkansas, North Dakota, and Florida, the population approved the use of marijuana for medical purposes; data on the state of Montana will also become known sometime later (Cerdá pp. 22–27).

This is not the first regions of the United States in which this process began. Thus, the sale of marijuana for medical reasons has already been authorized in 19 states, as well as in Washington, DC. To receive such medicine the patient suffering such diseases as various kinds of cancer, AIDS, glaucoma, epilepsy, multiple sclerosis can. In four states – Washington, Oregon, Colorado, and Alaska – marijuana can be purchased for entertainment purposes.

The US is not a pioneer in the matter of marijuana legalization. In 2013, Uruguay became the first country in the world to fully legalize this drug. Partial legalization of marijuana, limited by the space of so-called coffee shops and its use for personal purposes, occurred in the middle of the last century in Holland. To date, limited legal trafficking in marijuana exists in Argentina, Canada, the Czech Republic, the DPRK, Spain, Portugal, Belgium, Jamaica, in some states of Australia, for medical purposes the drug is used in Israel and Croatia.

Since many states rely on the United States, their experience can provoke the shaft of marijuana legalization in the world, The chief neurologist of the U.S., shared his vision of the problem with the newspaper VZGLYAD. – This creeping process is typical not only for the United States but also for Western countries as a whole. In addition, it is not just about light drugs. As is known, a number of European countries practice so-called substitution therapy, when heroin addicts are given substances that cause strong dependence, such as methadone and buprenorphine. It went so far that, for example, in Sweden and the United Kingdom, patients were given heroin…. In this plan, of course, U.S. has a traditionalist view of the problem. For us, here is indicative the experience of Japan, which, while remaining the leading state in the world, also looks at this trouble traditionally, without going down to legalization and substitution therapy (Cerdá pp. 22–27).

The process of legalization has a commercial background: This is an ordinary business. So, in the USA a person can come to a doctor, complain about a bad mood, he will write out a green prescription with which he will go to the green pharmacy and on legal grounds will get a drug. Deductions from this will go to pharmacies, doctors, insurance companies, and, of course, to the budget (Hopfer pp. 331–35). In turn, commenting on the problem of the newspaper VZGLYAD, the narcologist, psychiatrist and publicist expressed conviction that such a world trend towards recognizing U.S.’s light drugs is contraindicated: Unfortunately, the level of reflection, self-knowledge and self-control in our society is low, our people do not turn to spiritual practices, and so for us such recognition would be simply disastrous (Joffe pp. e632–38). What happened in the US is not characterized by some unique American experience, but by global trends: The issue of legalizing drugs was discussed in April this year at the UN General Assembly. Drug trafficking, like any business, consists of supply and demand. In addition, to struggle with one sentence only, without trying to reduce demand, it means nothing to do. By the way, the United States, for a while, was one of the most repressive states in the drug issue (Carlini pp. 2178–79). Now this place was taken by U.S… In fact, we need system work. Telling in schools about the dangers of drugs, we, in fact, unwittingly advertise drugs. What should we do if children smell glue in the U.S. and adults drink vodka, which, the doctor recommends much more terrible than marijuana? People will always find what dope to eat (Pacula pp. 397–419).

The cause of drug abuse in society is the high level of violence in all spheres, from state to household. In addition, in the desire to hide from this man resorts to substances that change consciousness. However, if there are no prerequisites for the legalization of drugs in American society, then the American seems to have been preparing for this for a long time (Wilkinson pp. 453–66). Therefore, according to the New York Times, in 2012, American scientists published the results of a 20-year study, according to which the use of marijuana does less harm than easy cigarette smoking. At the same time, as the newspaper wrote earlier, a survey conducted on the initiative of the National Institutes of Health (an agency that is structurally part of the US Department of Health) found that the daily use of marijuana by American high school students surpassed tobacco smoking in volume (Pacula pp. 397–419).

Over all the experience of legalizing marijuana in the two American states has not reached its goals (Wang pp. 32–38). The black market continues to exist, with children more likely to use cannabis. The legalization of marijuana in two American states – Colorado and Washington – did not bring positive results. The black drug market has not been eliminated, and the number of teenagers using marijuana has even increased, the Associated Press reported (Wilkinson pp. 453–66).

The state authorities, where the use of cannabis for medical purposes was legalized, faced a number of problems, including law enforcement practice. Initially, they had to wait a long time for the decision of the federal court on the legality of the adoption of such regulations, and then the question arose about how to control the distribution of the drug, and how to tax this type of product (Pacula pp. 397–419).

The tax rate for legal marijuana vendors ranges from 44 to 29% depending on the state. As a result, consumers of marijuana preferred to buy drugs on the black market at a lower price, and calculations of tax revenues to the budget from legal sales were not justified. Thus, drugs in both states continue to spread illegally, which casts doubt on the main argument in favor of legalizing marijuana – the removal of the black market (Wang pp. 32–38).

It is noted that the legalization of marijuana made it accessible to children. Thus, in the departments of education in both Colorado and Washington, it was stated that adolescents were more likely to be exposed to marijuana also increased the number of children who needed medical attention because of intoxication. In addition, the US has not yet developed a law enforcement practice in relation to people who use marijuana. For example, it is not clear how police officers should react to people who are under the influence of this drug or who use it publicly. In 2013, two states of the USA – Washington and Colorado were officially permitted the use and sale of marijuana. A similar vote was held on November 4, 2014 in the states of Oregon and Alaska, which also supported the legalization of drug use for medicinal purposes. On the same day, residents of Guam atoll in the Pacific Ocean were allowed to use marijuana. In Florida, the proposal to legalize medical marijuana did not gain the necessary majority of 60% of the vote. Earlier, about 20 states abolished criminal liability for the use of marijuana, while the states of Colorado and Washington completely legalized cannabis. However, US federal law still prohibits the use, sale and possession of marijuana.