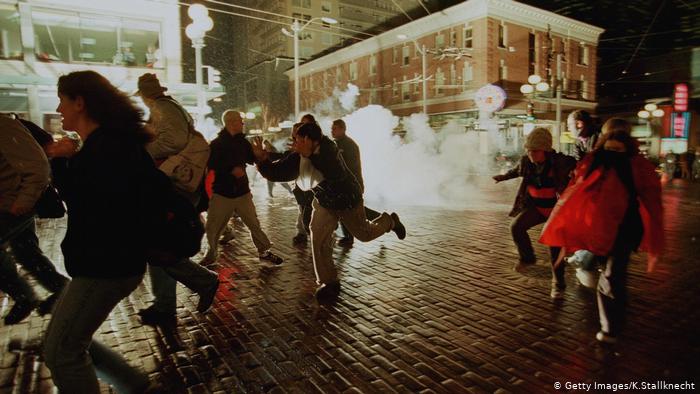 The anti-globalization movement which is referred to the social movements in order to protect the rights of those nations who are developing and it developed in the late twentieth century. The movement against corporate economic activity comes through globalization to stop the exploitation of developing nations. This movement claims that globalization undermines the local economic activities and decision-making regarding trade affairs. The other perception which is also the aim of this movement is to gain social awareness by protecting the rights of humans, providing advocacy in favor of social alternatives to capitalism, and seek the solutions for the ecosystem of the country which in the result of globalization damages through its effects through industries. Furthermore, the discussion will consist of the history of globalization, its effects on developing nations, and the alternative way forward.

The stance of anti-globalization emphasizes how globalization leaves negative effects and this movement opposes the damages in a result of those effects. This movement haven’t gained much attention globally but few of the intellects speak in favor of this movement. The general perception regarding this movement is only focused that the followers only against the liberation of global economies through globalization. The ant-globalization movement overall consists of many social movements and opposes the bad impacts on the developing nations by implementing he strategies and vision used in globalization process. The followers of this movement refer to their efforts which are emerging through this movement is to promote fair trade, justice, and solidarity. The protests which undertook by this movement have diverse slogans, some of them are promoting fair trade and equal participation by making the economies inclusive. The other slogans are more of social level which is promoting the protection awareness of ecosystem and the climate change impacts because industries are using those methods in the developing nation where lack of awareness is destroying the world.

The participants of this movement include the activists promoting human rights and environmental protection. Other social activists are against capitalist politics by promoting communism and socialism. The activist opposes the wrong perception which affiliated to them because they are not opposing the emergence of international markets rather the injustice and bad impacts it leaves which can be tackled through different solutions. The non-transparent mechanisms which are being used by capitalists are undemocratic and violating the basic rights of humans. Globalization is being misused by those capitalists and abusing the benefits of globalization. There are international institutes that are not being fair when it’s come to the rights of small traders in developing countries, those institutes are World Bank and International Monetary Fund who are making such policies that are only benefiting the developed nations but ignoring the nations who are still under-developed.

The financial institutes imposed biased regulations on developing nations which undermines the decision-making methods of those nations. The activists of this movement criticize the policies of these organization who purely working for those businesses who can only take benefits and it’s against the mutual benefit of those nations who are being part of globalization. The privileges which are given to big corporations are no being granted to other organizations and countries when it comes to international trade. These privileges involve free movement across the border and easy access to all the resources of developing countries that are being exploited by those big corporations. There are several cases in which the corporations have permanently exploited the resources but no action taken against such acts. After being the victim of such exploitation, this movement started against it and speaking in favor of those nations who are being exploited continuously by those corporations. The natural resources which were destroyed have caused the severe damages to the environment and in result the whole world is facing climate change impacts. Those developing nations are more vulnerable to those impacts because of a lack of resources. Apart from the environmental issues, other issues have also being taken into consideration such as rights of labor, feminism, preservation of cultures, freedom of migration, organic farming and reforming or ending of capitalism.

The world first took the notice of the anti-globalization movement when the protests started in 1999, in London UK. The protests soon turned into riots which in a result created great chaos. The other incident also took place in the same year in Seattle. The aim of the protester was to block the entrance of World Trade Organization so that the conference could not take place. The protest was gone successful and the conference got canceled. The protest turned into a riot and police arrested almost 600 protestors and the condition got worst and martial law was imposed to end the riots. The anti-globalization movement also claims that the wars which occurred by developed nations on the developing nations is because of the exploitation on the developing nations that’s why the participants protested against the Iraq invasion by America.

This movement also received many criticisms by the politicians, economists and the supports of those organizations which are being ran by capitalists. Mostly, they are criticized for the idea and direction which is not clear. The follower of this movement has not the common goals to achieve because it consists of people who seek different aims. Few are in favor of human rights, some are asking for the rights of labor and recently the environmentalists joined hands with this movement to protect the world and its environment. The major criticism which they are receiving is that the third world economies are not growing because of this movement. The globalization process can help all the countries but these protests causing barriers in the way of globalization. The World Trade Organization is being created to promote free and fair trade and protesting against that organization will put difficulties in achieving these goals. Further, those who oppose globalization are actually gaining their personal benefits of protecting the western laborers. They don’t have any concern for the rights of developing countries but protest to pressure the government of developed countries so that they could have higher wages even in developed countries.

In result, the main aim of the anti-globalization is protect the rights of labor force regardless of which country they belong to and where they are working. The activists claim that all the allegations are wrong because the main aim to help in maintaining the living standards of all the citizens by providing them the equal opportunity. Many big corporations use globalization and shift their manufacturing departments to developing countries so that they can cut the cost of labor which results cause unemployment in the developed countries. The movement of anti-globalization works strongly in favor of mutual benefits. The awareness to people of developing countries will help them understand their rights and it will give equal benefit to laborers in the developed country. The issues which have been taken into the light are valid and can’t be ignored. The fair use of globalization can benefit all rather than the capitalists taking the benefit all alone by ignoring the basic rights of people.

In the conclusion, there are always pros and cons of globalization. The movement emphasized the fair use of this process. The exploitation done by the big corporation should be taken care of rather ignore by the thought that globalization is helping the economy. Violent protests are indeed are not the right way to speak against anything but labeling them as the enemy will never help in finding positive results. This can be ignored that environment, the economy of developing countries, small industries, and population are being body affected by globalization. The vices which oppose the misuse of the globalization process and exploiting the resources should be taken into consideration to deal with the problem. On the other hand, fair and ethical means to raise voices should be the priority of the activists of this movement. Even though still, attention is not being given to this movement and it has always been ignored which is making the future of this movement uncertain.