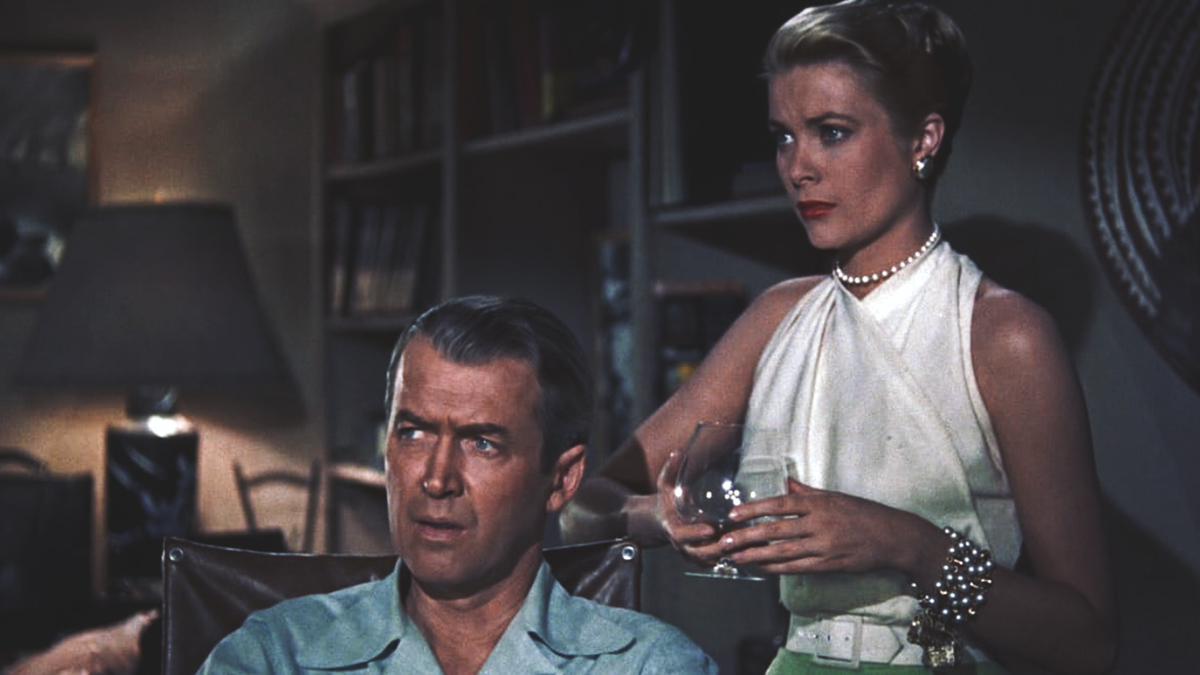 I am a globe-trotting journalist, and I broke my leg on the line of duty. From there I got confined in a wheelchair in Greenwich apartment. All day long I spend my time peeping out of the window to see what my neighbors are up to. While here I think of my love life and a murder mystery. It is through that the theme of voyeurism comes into my mind. I see voyeurism as being integral regarding the murder mystery. I piece together this through looking out of my window. All the same, I connect this with my relationships with the heroine. I don’t prefer committing myself to the bond of love, and that is why I prefer looking out through my window. If I commit myself to love, I would be much obsessed with Lisa who is a beautiful woman. Lisa is in the same room with me and often throws herself to me. In this case, my preference is irresponsibility and freedom regarding love. I, therefore, base my relationship on voyeurism where I see without being seen. However, I can have a two-way connection that can be rooted in recognition, mutual regard and concern.

I derive much pleasure while watching my neighbors though it is without their permission and knowledge. I think that voyeurism got based on the desire that dominates and controls what was seen. All the same, it is probable that the visual delight is somewhat a relationship between me and heroine. The person who comes in to exhibit my answer concerning voyeurism is Lisa. I think this woman; Lisa wants to display herself to me by all means. However, the woman is fertile, intelligence and beautiful. The first time she appeared the first thing that she did was to turn on the lights so to introduce her. She said she is Lisa Carol Fremont. Moreover, she wanted to model her new dress that costs $1,100. All the same, I refused mutual exchange of looks.

There are two “attractions” involved that is the murder mystery and Lisa. I prefer focusing on events across the way rather than routinely focusing on Lisa. Nonetheless, she focuses on the murder mystery to seek my attention. Detective Doyle comes in and announces to us that my suspicions regarding the murder mystery got unfolded. The murder happened at Thorwald apartment and that there was “no case to be thorough with” according to the detective. It is thought that Lisa lowers bamboo blinds thus closing my views of the neighbors. It is at the time that she announces, about a show at night. At the same time, my attention is directed toward the Mark Cross overnight case. The latter contains the silk nightgown that she describes before putting it on. She describes it as “a coming attractions preview”.

All in all, after entering this world she can capture my attention. She wore a white silk organdy with full dress and high heels. Moreover, she crawls into Thorwald’s window after climbing a fire escape to look for clues. After the return of Thorwald, I watched helplessly as Lisa gets assaulted. In this time I do not take Lisa for granted as I felt as if I saw her for the first time. The evidence retrieved here is the wedding ring of Mrs Thorwald which Lisa is wearing on her finger. The ring on Lisa’s finger solves the conflict between marriage and murder.

The mystery murder provides a hero who has an obsessive interest thus avoiding participation in the story of love. More so, it acts as a way of solving the tensions in that relationship. I express my relationship with Lisa after all that unfolds. The murder of Thorwald regarding the nagging and invalid wife sorts the threat posed by the heroine. The heroine immobilised the hero at the mercy. I unconsciously identify the desires of freeing myself from relationship responsibilities specifically to a woman who wants to have control over me.

My window is all where my desires get projected. However, people might refer me as a spectator. The function of Thorwald as the projection concerning my unconscious desires helps in getting to rid of Lisa. My neighbours represent a different kind of marriages, i.e. the couple with the dog, Newlyweds and the Thorwards. Besides, there is a lonely alternative to it such as Miss Torso, Miss lonely-hearts, the composer and the Sculptress. It through my staging desires that enables me to locate them outside of me. Specifically, I discovered this in the figure of Thorwald confronting them and then defeating them. I initially fought with Thorwald thus exploding flashbulbs though at a distance. After that, there was hand to hand combat. I think it is here where I underwent an Aristotlean catharsis purging my fears about marriage. The police intervene in the war apprehending Thorward. In fact, it is here I succeed in breaking another leg. Symbolically, this exorcises the demon within.

There are many inter-relationships between the love and murder through the voyeurism theme. I also remember when my nurse Stella was arriving from off-screen. She states that many years ago they were putting my eyes out with a hot poker. What reignites my suspicion of Thorwald prompts is the murder of neighbourhood dog that sniffed around the garden. I remain in a dilemma doubting the conclusions of Thorwald guild. However, it is somehow that the guilty of Thorwald vindicates my voyeurism.