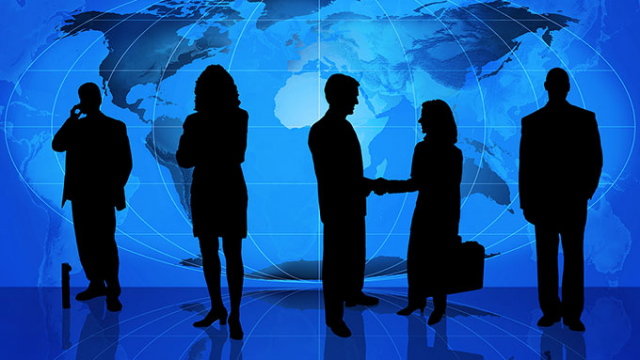 With the rapidly developing economy in the global world, people would think that financial help the countries in the globe but some countries need help for their survival as well and even meeting the needs of the people. India has been one of the rapidly developing countries with the estimation that the population of India will be the highest among all the countries by 2024. With the rapid increase in the community, the country still needs financial aid to process and provide resources to the people. Financial assistance offered by other super-power has always solidly backed India’s organization, and regulatory structure and India has been taking aid since the independence. However, according to the studies, foreign aid is not able to fully benefit the country (Dietrich & Winters, 2015; Swaroop, Jha, & Rajkumar, 2000). Also, when funds are being transferred to the states, then the amount is reduced. The development secretary of the UK has called India a development paradox because India has the highest economic growth rate in the world and also provide aids to the African countries so according to him, a nation that gives assistance to other countries might not need foreign aid (“World Development book case study: Does India need aid?” 2012). However, according to The Department for International Development (DFID), India might have some of the wealthiest people in the world, but it still has most of its population living below the poverty line, and to cater to that issue India needs support from foreign Aid and International donors. Also, the money flow in India is not accurate as the poor people in India are becoming poorer and poorer, and rich people are gain more wealth, so the government is left with no option but to opt for foreign aid to help the people.

Health and economy are linked together because the healthcare of the population is dependent on the economy of the country. Investment in health and having a health budget is not an option but is a necessity, so it is essential to have a healthy population for economic growth. There are different ways when healthy people can increase economic growth:

Better GDP from better productivity: Healthier people are more likely to contribute to the country productively because when people will be healthy there be less unemployment, reduced absentees, and increased efficiency of the work. For instance, in India, if more people will be healthy, they are more likely to work lowering the unemployment rate and indirectly the poverty rate.

Reduced expenditure on health care: When people will be healthy, the budget required for the prevention of diseases will be reduced (Hawgood, Hook-Barnard, O’Brien, & Yamamoto, 2015). The budget allocated for health care and primarily to fight preventable diseases through vaccination and other programs can be reallocated to create resources and other fields such as transportation, sanitation, and education.

Country’s focus on poverty reduction and education: In a country like India if people are healthy then the nation can focus on other issues such as poverty reduction and increasing the literacy level in the country. The budget allocated for health services can be used for the projects of poverty and development of the state. Because states with weak and education can have difficulty sustaining and developing.

India has received colossal funding, but the main problem is that not all the amount is being utilized to improve the health of the community and community health concerns. India receives significant donations from the Global Fund to fight against HIV/AIDS, malaria, and tuberculosis whereas the other funding source is European Union to fight against all the health issues of the country (Sharma, 2017). However, the main problem of the country is that the allocation of these sources does not reach the end-users who are the community people. Therefore a strong leadership is required to benefit from the aids entirely. Also, the work is more needed at the grassroots level, and leaders are focusing on regional issues. Corruption is another cause why India is not able to utilize all the aid properly. Corruption impact the quality of governance and institution which influence the structure and implication of the programs. The quality of management and institution is quite low because economic and political institutions determine the economic growth of the country (Asher & Novosad, 2017). The aid is attained at all levels but only transferred at the central level and is not distributed at other regional levels to acquire the purpose the cooperation was gained for. India has not been able to use the assistance because the administration has failed to render the healthcare facilities in the country. In other words, India requires strong governance and leadership with a reduction in bureaucracy and corruption in the country.