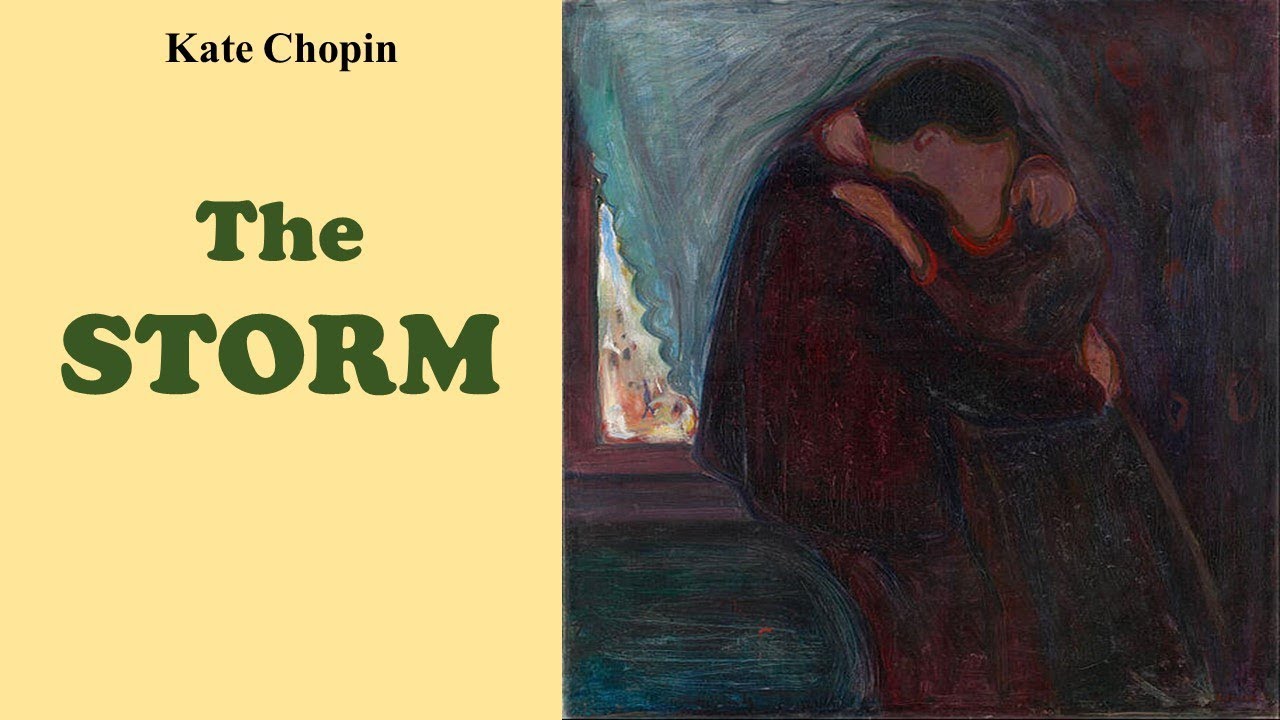 ”The Storm”, by Kate Chopin is regarded as the voice of women’s liberation and free will. Freedom of passion, desire, and sexuality is the core theme of this work. Her work is highly enjoyed and appreciated by genuine readers of literature is because, it depicts the sensational scene of a cold stormy evening, and a man and women, who they once had been emotionally attached to each other, and who due to several reasons couldn’t get married to each other, are now together in the lone house, completely alone.

The thundering of storm and fire of physical desire, the unfulfilled dreams of becoming part of each other is compelling both the “Calixta” and “Alcée” to emerge into each other(Chopin,. 2013), emerge deeply enough to forget everything about their martial lives and their respective spouses.

The story “The storm” by “Kate Chopin” has been a sensation in all aspects. Firstly it was a social stigma at the time when it was written. It came under such heavy criticism, that this book was only given the permission to be published after 70 years of its completion. For those who have the passion for written material, called it “Enticing”, enticing sexuality to the extent where one has very little or virtually no control whatsoever. To many, the story at large is quite near to the normal human passions and desires.

The art and esthetic remains one of the best sides of the whole story. Kate Chopin has always been amazingly different in using appellation and things and situations. Here too, she continued her excellence in using the title word “Storm”. Violent storms are quite often and destructive in Louisiana, but Chopin has kept the word of the storm and played with it such a marvelous way, that the word cited in the story sounds to be something really good.

In fact, she used storm as a solid reason behind the chance of “Calixta” and “Alcée” becoming alone, and having passionate sex, since the husband of calixta, “Binot”, and her little son “Bibi” is stuck at Friedheimer`s store, due to violent storm. Alcee too had to stop by and look for shelter, because of the storm.

The opening of the story is as interesting and as skillful as the entire play is. The open didn’t talk about any main character at all and talks about the little boy Bibi and his father Binot, who are shown to be stuck due to heavy storms and are taking shelter in a store. The young Bibi, the little boy is worried about his mother. The second part of the story opens with the scene of Calixta, who is alone at home, and waiting for his husband Binot, and son Bibi. She is shown to be busy with her house chore when she begins to notice the approach of a storm. As she is preparing to wind up the goods she had to collect from outside the house(Chopin, 2016), she finds her old lover “Alce Labarille”, stopped by and looking for shelter from the storm, as they both Calixta recognizes Alce, and invites him to get inside her house to wait till the storm calms down, The real script of the story begins.

As Chopin tells us about the past affair between the two, and then the separation and subsequent marriages to their respective spouses. After telling the past emotional affair between the two, Chopin is making us ready to plunge into and feel the passion and heat of the moment. So starts the breathtaking scene of physical intimacy between the two old lovers. Chopin jumps directly from telling about the thundering sound of the storm to Alce grabbing Calixta, and kissing her loving her to the extent of penetrating in her. Calixta, on the other hand, is shown complexly involved and enjoying the advances by her ex-lover.

At the end of the second part, Calixta and the storm are both shown to be calm, and Alce leaving the house of Calixta in a happy mood, the Calixta seeing off Alce, and receiving Bonita and Bibi in a welcoming way. In the last part of the play, Chopin has tried to infuse a somewhat strange and different idea, which says that the effects of having sex out of the marriage between the two ex-lovers made each one of them more caring and committed towards their respective spouses. As Alce writes a letter to his wife “Clarissa”, who is out of the town, without her husband, for the first time after their marriage, and further permits her to stay as long as she feels like to stay.

Though a very fine piece of provoking and alluring art by Kate Chopin, I have some disagreements and reservations about the story of the play. My reservation is not at all about physical pleasure or romance between the opposite sex, but the idea that married couples having illegitimate adulterous relations with others are acceptable(Petry,. 1996), or even healthy in the case of “The Storm by Kate Chopin”, is altogether washing away the role of husband and wife, and of marriage by itself. People do get married because the human body needs the opposite sex`s body is quench the thirst of desires. But if fulfilling the physical desire is that easy and simple to achieve, as Chopin wants to make the case, then why people would go marital relations anymore in the first place? Though the storytelling was fabulous and involving one, yet the massage it contains does not create a positive impact.